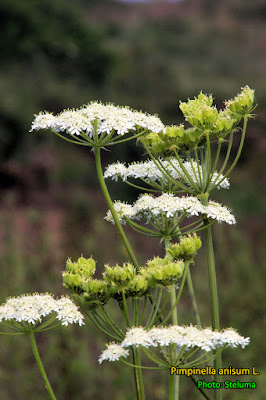 
Used for colic, flatulence, catarrh of the respiratory tract, retention of urine, and infantile ailments. Anise seed infusions are known as carminatives and expectorants. They are used to decrease bloating and settle the digestive tract. In higher doses, they are used as anti-spasmodic for cough, asthma, and bronchitis. [Ayurvedic Pharmacopoeial Plant Drugs: Expanded Therapeutics]

The seeds, Which are the economically important part of the plant, have an agreeable odor and pleasant, spicy taste. The aroma and flavor of the seeds have been described as powerfully sweet, aromatic, licorice­like, warm, fruity, camphoraceous, and cooling with little perceptible after­taste (Farrell 1985). The taste is reminiscent of licorice, and indeed anise seed is often used to impart a licorice taste (true commercial licorice comes from the root of another Mediterranean herb, Glycyrrhiza glabra, also treated in this book). The flavor of the leaves resembles that of the seeds. Both seeds and leaves are used to brew a sweet licorice­tasting tea. The seeds are an ingredient of such baked goods as bread, rolls, cookies, and cake; and of soups, stews, curries, cheese, apple sauce and baked apples, and confections. Many meats are seasoned with anise seeds or extract, including bologna, frankfurters, knockwurst, dry sausage, mortadella, pepperoni, spiced luncheon loaf, and sausages. The seeds can be added to such cooked vegetables as beet, cabbage, and carrot. Like most herbs and spices, it should be remembered that a very little goes a long way. [Culinary Herbs]

Anise seeds are known for their ability to reduce gas and bloating, and to settle digestion. They are commonly given to infants and children to relieve colic, and to people of all ages to ease nausea and indigestion. [Encyclopedia of Herbal Medicine]

Cases of gas in the stomach or bowels, known as flatulence. It is also used as a stimulant for vital organs of the body such as the heart, liver, lungs, brain, etc. As a hot tea, anise will check pains in the bowels due to over-distention of the bowels caused by gas formation. [Encyclopedia of medicinal herbs]

The seeds (“fruits”) are used in traditional Arab medicine for a wide range of diseases, particularly for their ability to bring about a reduction in gas and bloating and to settle the problems related to digestion. Seed-based remedies are commonly used with infants and children to induce relief from cases of colic; these remedies are also given to people of all ages to help in relieving the symptoms associated with indigestion and nausea arising as a result of different reasons. An additional therapeutic effect of the seeds is their antispasmodic properties, which are effective in reducing the symptoms of menstrual pain, the discomfort during asthma attacks, as well as in the treatment of whooping cough and other spasmodic coughs. [Greco-Arab and Islamic Herbal Medicine Traditional System, Ethics, Safety, Efficacy, and Regulatory Issues]

Aniseed is stated to possess expectorant, antispasmodic, carminative and parasiticide properties. Traditionally, it has been used for bronchial catarrh, pertussis, spasmodic cough, flatulent colic; topically for pediculosis and scabies; its most specific use is for bronchitis, tracheitis with persistent cough, and as an aromatic adjuvant to prevent colic following the use of cathartics. [Herbal Medicines 3rd Ed] 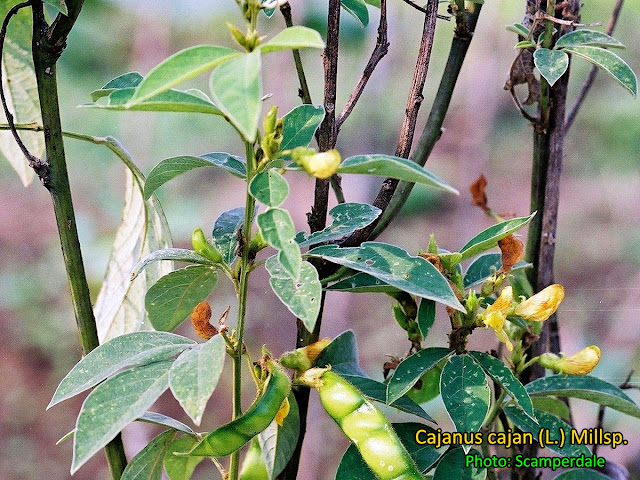 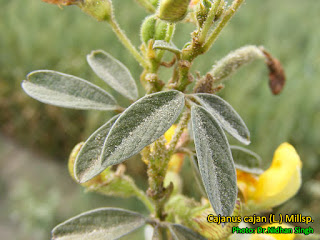 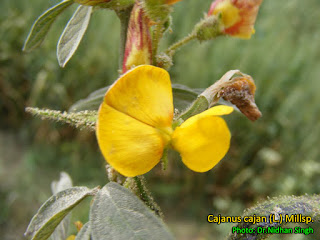 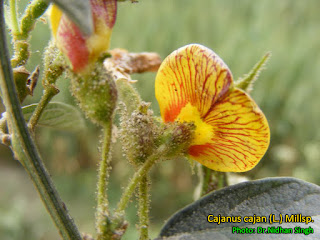 Used for diseases due to vitiated blood (properties of seeds have been quoted from texts from , 1000 bc to sixteenth century)., Anti-plasmodial activities have been confirmed in , betulinic acid., Pinostrobin is anti-inflammatory; genistein and , genistin possess anti-oxidant activities and , cajanol possesses anti-cancer activity (activity , towards MCF-7 human breast cancer cells). The pharmacological profile of pinostrobin , resembles that of anti-depressant drugs that , block sodium channels., In ethnomedicine, the roots and mature leaves are , prescribed for sinus fistulae, [Ayurvedic Pharmacopoeial Plant Drugs: Expanded Therapeutics]

Used in Ayurveda, Unani and Sidha. Leaves decoction for measles, cough, diarrhea, abdominal troubles, catarrh and hepatitis; sap of leaves, drops in eyes, for epilepsy; powdered leaves applied to sores; leaf juice given for flu, jaundice and as a poison antidote; leaf infusion baths for stroke and bewitchment; green leaves hypocholesterolemic, hypoglyce- mic and antimicrobial; poultice of the young leaves used for burning skin and gums inflammation; young leaves chewed for curing reddish sores on tongue, spongy gums, aphthae; leaves decoction drunk by pregnant women for easy delivery. Flowers paste or leaf paste applied on sores of mouth and tongue. Boil the roots, drink the decoction to cure food poi- soning from eating bad fish; roots for mental illness. Seeds used in snakebite; seed coat powder applied as a paste on skin eruptions, when mixed with root powder of Cordia dichotoma in severe toothache; boiled seed juice taken in jaundice; juice from the seeds put into the ear for earache; seeds and leaves made into a warm paste applied over the mammae to check secretion of milk. Ceremonial, important food during ceremonies. Veterinary medicine, cooked leaves fed to cattle with diarrhea. [CRC World Dictionary of Medicinal and Poisonous Plants]

The beans (pigeon peas) of this plant are used for nutrition and nourishment and prepared as a part of Dominican culinary traditions. For arthritis and joint pain, the leaf is applied locally to the affected area to relieve pain and inflammation. To induce abortion, the root of this plant is boiled to make a strong decoction and taken internally as a tea. In the Caribbean, this plant is used to treat toothache and conjunctivitis. [Dominican Medicinal Plants: A Guide for Health Care Providers]

It is used in ayurveda as volerant; a medicine that heals wounds and sores; as an astringent; a medicine that stops bleeding by constricting the tissues, and as a medicine that cures diseases of lungs and chest. It also works as anthelminthic to destroy internal parasitic worms. Pigeonpea leaves have been used to treat malaria. [Edible Medicinal and Non-Medicinal Plants Vol-2]

Green leaves are considered hypocholesterolaemic. Pulse shows cholesterol and phospholipid lowering eﬀect (reported to cause ﬂatulence). A paste of leaves with salt and water, is taken on an empty stomach for jaundice. Leaves are used in diseases of the mouth, and topically for treating measles and other eruptions. [Indian Medicinal Plants An Illustrated Dictionary]

The seeds are a favourite food in Jamaica while the leaves are sometimes used to make tea for colds. Both the leaves and roots are said to contain tannins. In Africa the leaves have been used to prepare a gargle and mouthwash: for diarrhoea and for smallpox. [ Medicinal Plants of Jamaica]

Stem, Leaf and Fruit: Shoots and green pods used for a good pectoral infusion. Leaf: Infusion is consumed for pulmonary conditions such as coughs and bronchitis. In Surinam, leaves are mixed in an infusion with Dactyloctenium aegyptium to accelerate childbirth. Juice used for haemorrhages; leaves decocted for washing ulcers. Boiled leaves applied to sores and wounds to hasten cicatrization. Leaves or pods boiled with salt and "steel drops" (ferric chloride solution) for treatment of leucorrhoea. Infusion for fever-bath, headaches; macerated for an antiperspirant or deodorant. Leaves used in a complex liquid with Plectranthus, cloves and "steel drops" for venereal disease. Leaf and Flower: Boiled for a diuretic and diabetes remedy. Flower: Infusion is pectoral. Seed: Infusion for a diuretic. Flour made from seeds is resolutive. [Medicinal Plants of the Guianas (Guyana, Surinam, French Guiana) ] 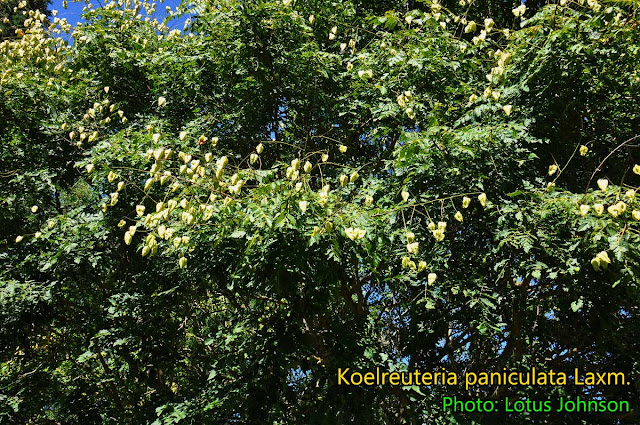 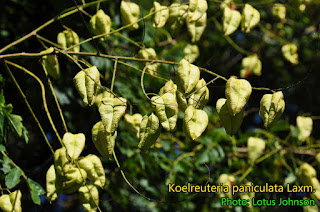 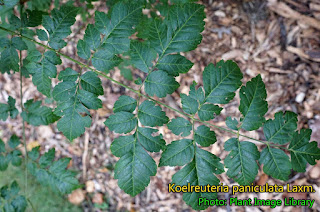 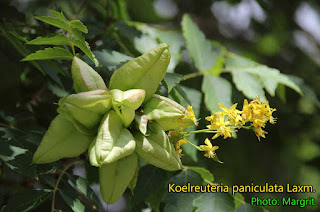