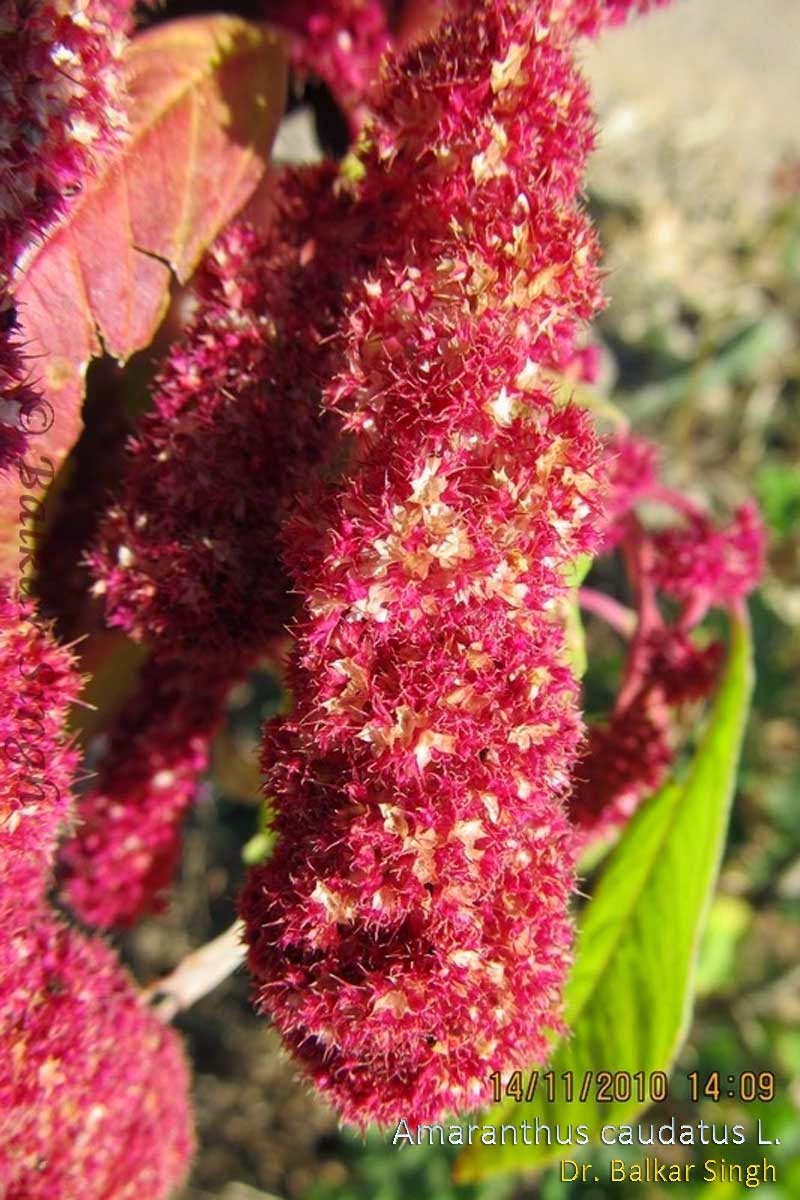 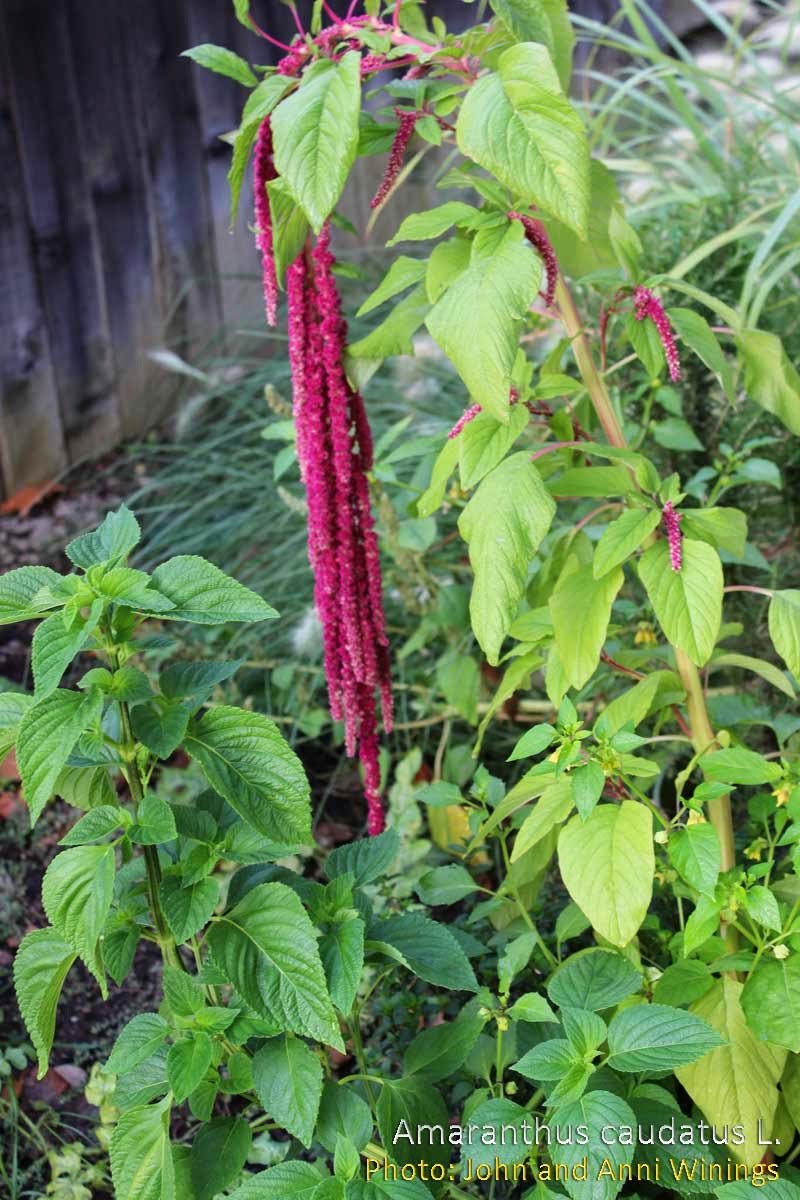 Description: Annual herb, erect, up to c. 1.5 m in height, commonly reddish or purplish throughout. Stem rather stout, not or sparingly branched, glabrous or thinly furnished with rather long, multicellular hairs which are increasingly numerous upwards. Leaves glabrous, or ± sparingly pilose along the margins and lower surface of the primary venation, long-petiolate (petiole to c. 8 cm but not longer than the lamina), lamina broadly ovate to rhomboid-ovate or ovate-elliptic, 2.5-15 x 1-8 cm, obtuse to subacute at the mucronulate tip, shortly cuneate to attenuate below. Flowers in axillary and terminal spikes formed of increasingly approximated cymose clusters, the terminal inflorescence varying from a single, elongate, tail-like, pendulous spike, to 30 cm or more long and c. 1.5 cm wide, to a panicle with the ultimate spike so formed; male and female flowers intermixed throughout the spikes. Bracts and bracteoles deltoid-ovate, pale-membranous, acuminate and with a long, pale or reddish, rigid, erect arista formed by the yellow-green or reddish stout, excurrent midrib, the longest up to twice as long as the perianth. Perianth segments 5; those of the male flowers oblong-elliptic, 2.5-3.5 mm, acute, aristate; those of the female flowers 1.75-2.5 mm, broadly obovate to spathulate, distinctly imbricate, abruptly narrowed to a blunt or sometimes faintly emarginate, mucronate tip. Stigmas 3, c. 0.75 mm, erect or flexuose. Capsule 2-2.5 mm, ovoid-globose, circumscissile, slightly urceolate, the lid smooth or furrowed below, abruptly narrowed to a short, thick neck. Seeds shining, compressed, black, almost smooth, or commonly subspherical with a thick yellowish margin and a translucent centre, c. 0.75-1.25 mm.

Used  in  Ayurveda,  Sidha  and  Unani.  Roots  washed  and boiled with honey, a laxative for infants; roots of Amaranthus caudatus boiled with the leaves of Pratia nummularia and the liquid drunk for urogenital affections. Leaves and seeds laxative, narcotic, blood purifier, applied to piles and sores. Seeds antioxidant,  antimicrobial  and  antidiabetic,  for  tapeworms and for treating eye diseases, jaundice, amebic dysentery and breasts complaints. Plant taken as a diuretic and applied to sores, abscesses, boils and eczema. Ceremonial, worship.

Blood-puriﬁer, diuretic; used in piles, strangury, dropsy and anasarca; tea has been used for relieving pulmonary conditions; also given in scrofula and applied to scrofulous sores. Antimicrobial peptides have been isolated from seeds. In Western herbal medicine, Love-Lies-Bleeding is equated with Amaranthus hypochondriacus, and is used for ulcers, diarrhoea, as well as inﬂammation of the mouth and throat. Preliminary evidence suggests that Amaranth seedcan reducetotalcholesterol and LDL, while increasing HDL, but Amaranth muﬃns failed to reduce cholesterol levels in hypercholesterolemic adults beyond the reduction achieved by low-fat diet.