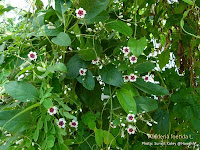 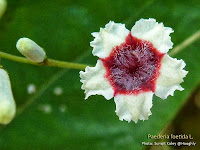 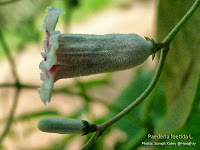 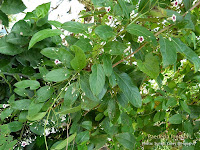 Leaves used in Cough and cold to prepare soup with a little amount of ginger. [Herbal Cures: Traditional Approach]


Anti-inflammatory properties: A butanolic fraction of a methanolic extract of the defatted leaves of Paederia foetida L. inhibits significantly the formation of the granulation tissue in cotton-pellet-implanted rats. This fraction inhibits the enzymatic activity of liver aspartate transaminase, without affecting serum aspartate transaminase and reduces the level of serum orosomucoid as well.  Antitumor properties:Note that paederoside characterized from Paederia foetida L. is potently antitumoral in vitro. In Burma, Paederia foetida L. is used to treat rheumatism. In China, the plant is used to treat paralysis and to increase fertility.The leaves are used to treat flatulence. The entire plant is used to heal insect bites. A decoction of the roots mixed with pig’s feet is used to stimulate blood circulation and to assuage the rheumatism pain in elderly people. In Vietnam, the leaves are used to promote urination and to combat fever. The leaves and root are used to invigorate health, promote digestion, treat flatulence and to soothe inflammation. In India, Paederia foetida L. is used to stimulate venereal desire, promote urination, and menses, and to treat rheumatism. [Medicinal Plants of The Asia-Pacific: Drugs For The Future]