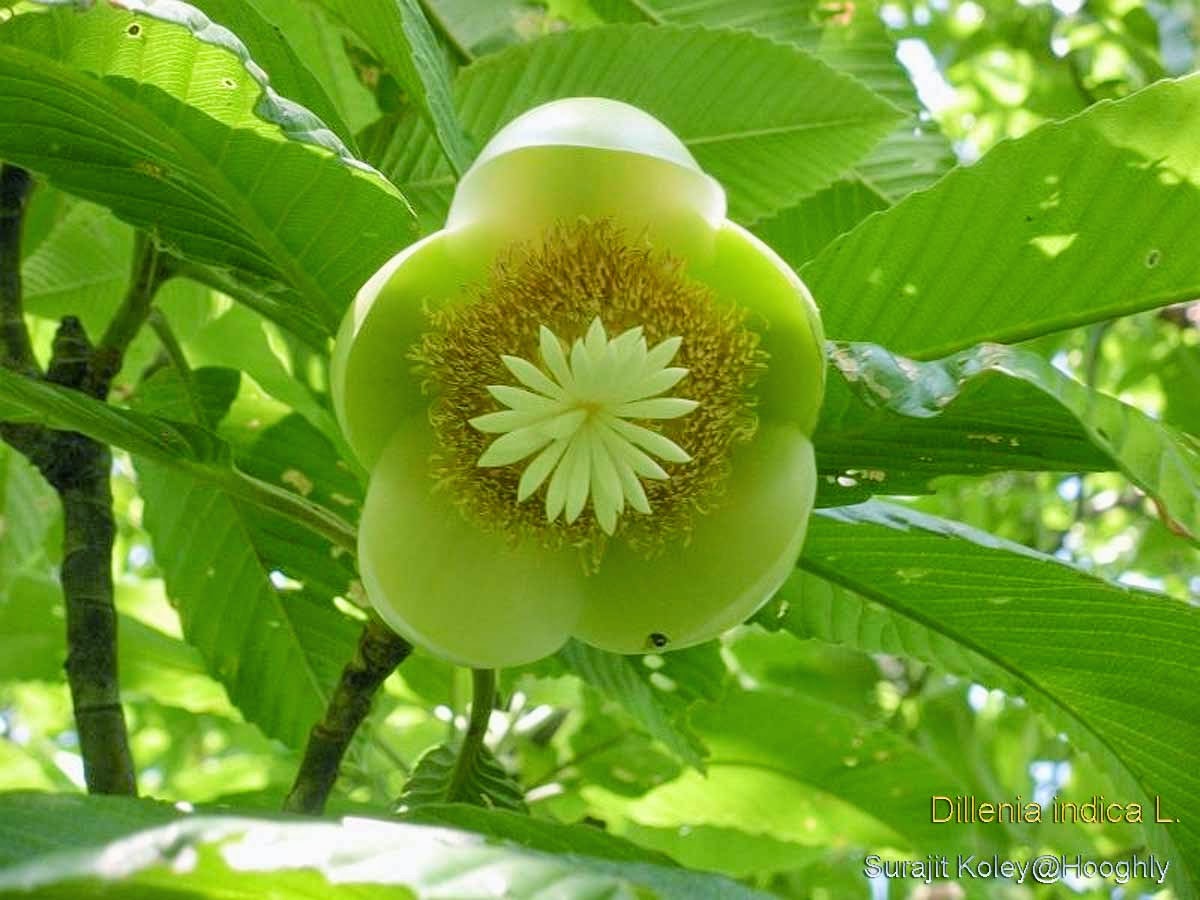 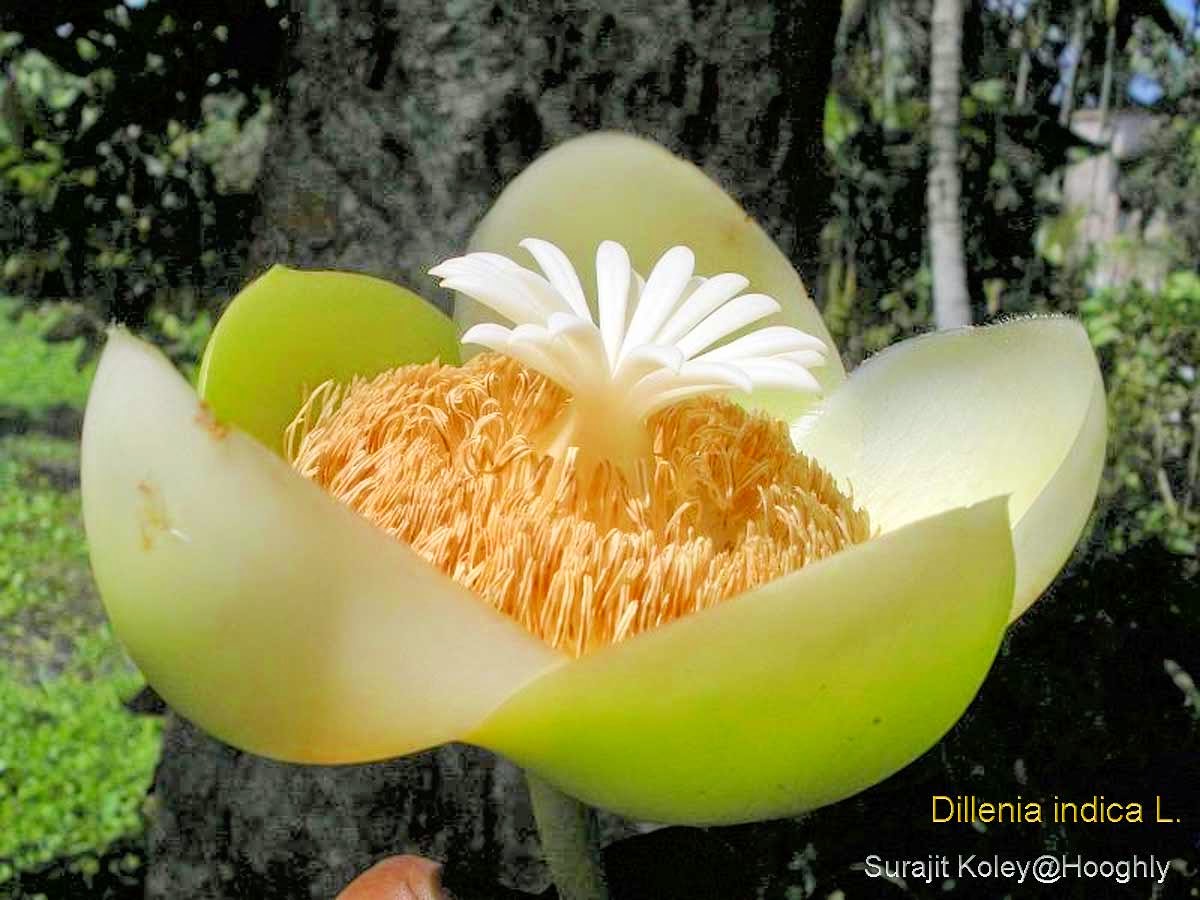 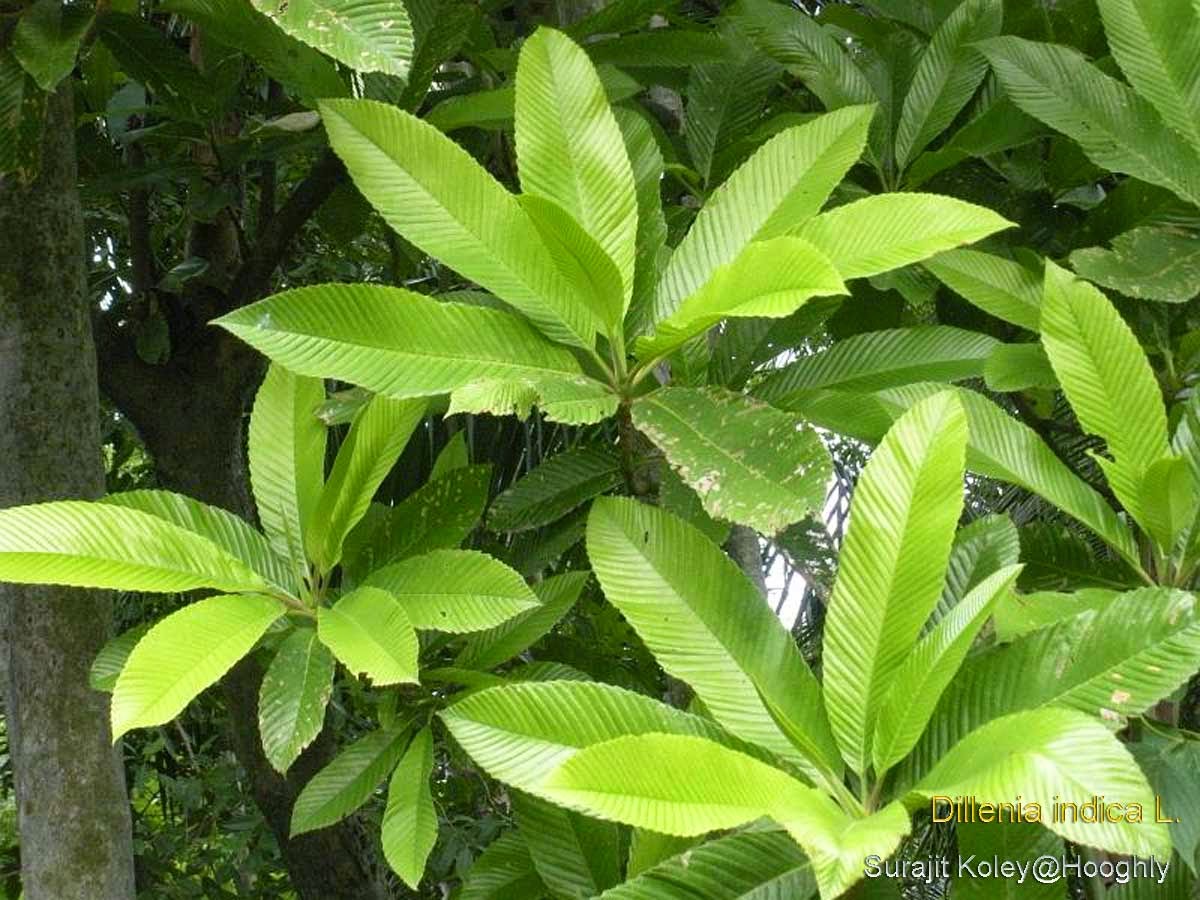 
Used in Ayurveda and Sidha. Bark, leaves and fruits crushed  and the juice drunk for cough, cold, fever, diarrhea. Dry bark  with seeds of Sesamum orientale made into a paste applied  on blistering boils; bark and leaves used to stop bleeding. Dry  powdered roots of Abroma augustum with bark of Dillenia  indica  and  Terminalia  chebula  given  in  urinary  diseases.  Root febrifuge; a decoction of roots with roots of Ficus auriculata and Urena lobata given in discharge of blood in urine;  a decoction of roots with roots of Glycosmis pentaphylla and  Litsea monopetala given in biliousness; root paste given to  cause abortion. Mucilaginous exudate from fruits applied on  infected parts to kill skin lice; fruit paste applied with ginger  on hydrocele, salted juice of boiled fruits given as an expectorant. Half ripened fleshy calyx pickled and eaten for stomach  disorders. Pounded mixture of kernels of Castanopsis indica  with flower of Dillenia indica and flowers of Musa balbisiana  given  in  blood  dysentery.  Veterinary  medicine,  leaves  of  Cymbopogon  flexuosus   pounded  together  with  those  of  Dillenia indica given to check diarrhea of domestic animals. [CRC World Dictionary of Medicinal and Poisonous Plants]

Leaf  and  bark  as  an  astringent and laxative, the bruised bark, externally  as  a  cataplasm  in  arthritis,  and  the  fruit  juice as a cough mixture, a cooling beverage as  also for toning up the nervous  system. It is considered  a  ‘vata’  suppressant,  ‘pitta’  augmenting  drug in Ayurveda. The fruit  is slightly laxative and induce diarrhoea, if taken  excessively.  The  juice  of  the  fruit,  mixed  with  sugar and water, is used as a cooling beverage in  fevers  and  as  a  cough  mixture  and  also  as  a  cardiotonic. [Edible Medicinal And Non-Medicinal Plants: Volume 2, Fruits]