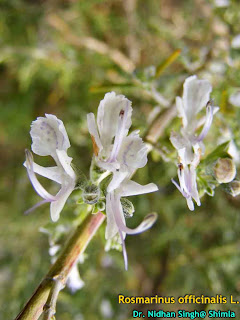 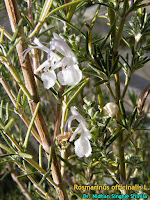 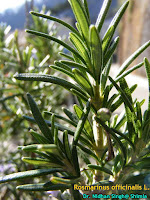 Useful in all nervous affections, in dizziness, fainting, and heart disease; also in asthma and some other chest complaints. In nervous affections it is given with the utmost benefit; headache, fainting, hysteria, and vertigo, are all brought speedily under its influence, and a more favourable condition in the symptoms induced; in these affections, relief from the pain has been produced in some cases by the employment of the infusion as a local application to the seat of the affection. It is with propriety combined with other medicines for coughs, asthma, and chest complaints, as it is found to possess a special adaptation for those affections of a spasmodic character, and involving difficulty of respiration. To secure relief for these symptoms it is frequently smoked through the ordinary tobacco pipe, with satisfactory results, much relief to the respiratory apparatus being obtained from this method of employment. A very good preparation for smoking in affections of the chest and lungs, accompanied with difficulty in respiration and expectoration, is composed of rosemary and coltsfoot leaves in equal quantities, the two ingredients being rubbed together through a coarse sieve, and afterwards mixed. As an emmenagogue, it is seldom employed, although it would appear suitable for combination with this class of medicines where nervous disturbance is present as a consequence of menstrual or uterine disorder. Rosemary is also used in swellings and other local affections of a painful nature, as a fomentation, and, although less suitable for this purpose than many other agents, it is yet capable of producing results of a gratifying nature, and may be resorted to with benefit when it happens to be the most convenient article at hand in an emergency. Rosemary is extensively employed in preparations for the promotion of the growth of hair, entering very largely into the composition of "hair washes," "hair restorers," &c., and is well suited for employment for this purpose, and is perfectly harmless, and where the hair roots remain, will certainly produce a satisfactory growth of hair; besides which it forms an effectual remedy for, and preventive of, scurf and dandruff in the hair, and, as already mentioned, forms an excellent local application for headache and other similar complaints. A formula is subjoined which will be found useful as a wash to strengthen and preserve the hair: Take of rosemary and southernwood, each, half an ounce; camphor, two drachms; boiling water, one pint; infuse for ten minutes in a covered vessel, and strain when cool. [Botanic Pharmacopoeia]

Rosemary is one of the most fragrant and pleasing of herbs, enhancing almost any food with which it is used. Rosemary herb (leaves and young shoots) is employed almost entirely for culinary purposes. The herb is marketed fresh, dried, and powdered. Rosemary herb is available in ground form, but is mostly sold whole, since crushing the leaves causes rapid flavor loss. It is used as a seasoning for pickles, jam, stuffings, soups, stews, sausages, sauces, chicken, duck, fish, shellfish, lamb, pork, rabbit, veal, egg dishes, and beverages such as vermouth. It can be added to salads and many vegetable dishes including asparagus, broccoli, cauliflower, eggplant, green beans, peas, potatoes, and zucchini. [Culinary Herbs]

The fresh and dried leaves are traditionally used throughout the Mediterranean region; they have a bitter, astringent taste, and are highly aromatic, which complements a wide variety of foods. R. ofﬁcinalis is known for its muscle relaxation effects, including the smooth muscles of the digestive tract and uterus. Because of this property, it is traditionally used to soothe digestive upsets and relieve menstrual cramps. Several studies indicated strong antioxidant and antimicrobial effects. [Greco-Arab and Islamic Herbal Medicine Traditional System, Ethics, Safety, Efficacy, and Regulatory Issues]

In traditional medicine, herbalists recommend rosemary oil against pulmonary diseases, as stomachic, antidiarrhoeic, wound healing (poultice), choleretic and colagogenic, antidiabetic, diuretic, antidepressant and antispasmodic .  Commercial  herbal  preparations  such  as  ‘Tinctura  rosmarin’,  ‘Extractum rosmarini 150’and ‘Oleum rosmarini’ are available. The whole plant, in the form of decoction, infusion, extract in ethanol (for external application) and essential oil, is administered against digestive disorders, vaginitis, leucorrhoea, respiratory diseases, varicose vein, heart pain, inflammation and dizziness by the native people of Mexico and Central  America.  In  Russia  and  Central  Asian Countries  of  the  former  Soviet  Union,  leaves  of  rosemary  preparation  (gallenical  and powder made into cigarettes) are used to treat asthma. The abortifacient (anti-implantation) effect of rosemary extract is also known. [Handbook of herbs and spices Vol-2]

Rosmarinus oﬃcinalis L. are best known as a spice and ﬂavoring agent but they are also reported as a herbal remedy with antioxidant, anti-inﬂammatory, anticarcinogenic, antidiuretic, and hepatotoxic protective properties. [Herbal and Traditional Medicine]